Ripley’s Believe It or Not! Odditorium 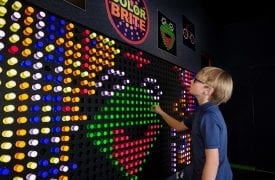 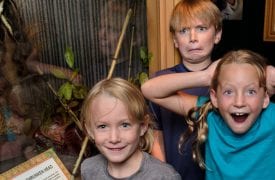 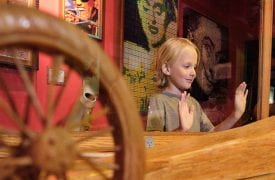 Ripley’s Believe It or Not! Odditorium is located at Mariner’s Cove Boardwalk in Cavendish, PEI.

Robert Ripley travelled the world collecting hundreds of oddities. See fossilized dinosaur eggs, portrait of Ray Charles made of confetti, an authentic shrunken head, amazing 10-ft. moving robot made of car parts, life-size matchstick dolphin. See how you measure up against the world’s tallest man. Then, examine unique illusions and artwork, with bizarre videos. All in all, stroll through the 14 galleries of rare collections from around the world… what an adventure!

The new interactive gallery has recently expanded, and now includes a large Color Brite Wall. Obviously, you have to stop to leave your mark with your own design! Or slow down time with the Spin Browser. Or even turn yourself into a shrunken head.

This summer between Early July and Mid-August, Ripley’s Believe It or Not! Odditorium in Cavendish will be home to the Legendary African Fertility Statues. Thousands of women have testified that after trying to conceive for years, they got pregnant after laying their hands on the legendary statues.